Bowie the cat actually got his name thanks to his unusual appearance. 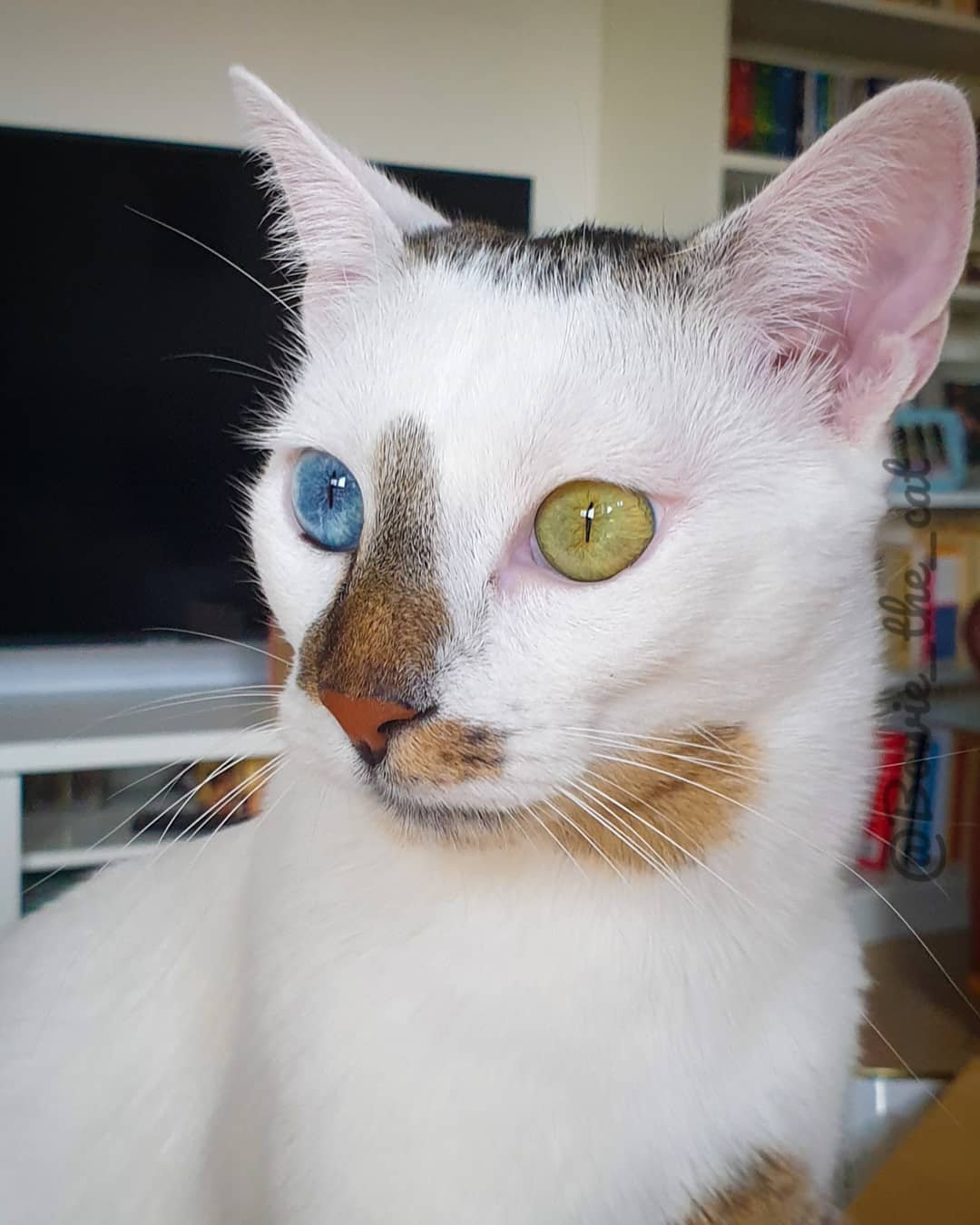 Lloret decided to share beautiful pictures of Bowie and his striking eyes under the handle bowie_the_ cat and we just can’t get enough. Be sure to take a look at our favorite pics below. 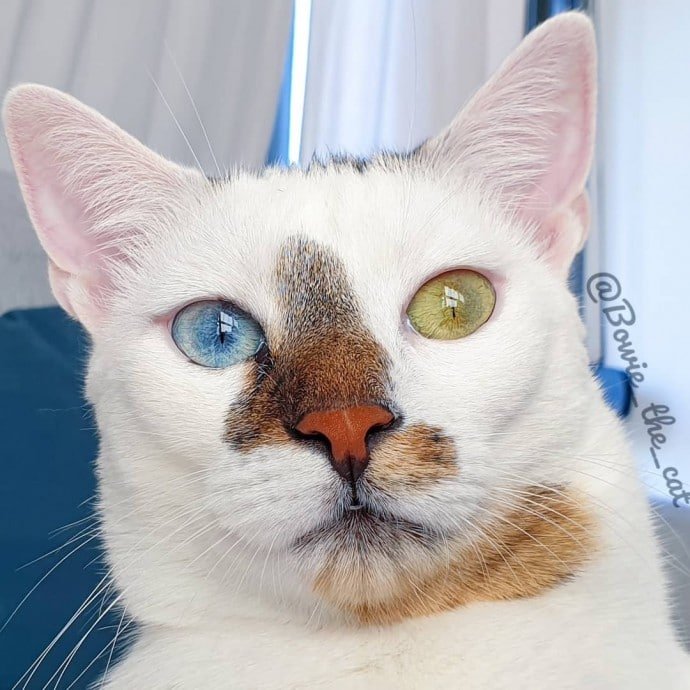 Heterochromia causes many changes to the body’s pigment which often results in two different colored eyes. 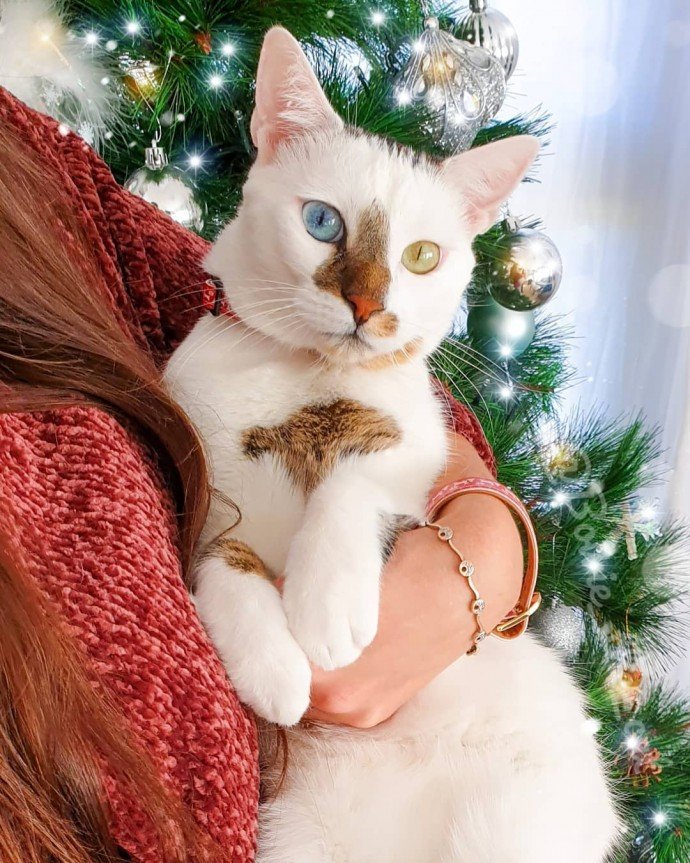 Cats with heterochromia are often referred to as “odd-eyed cats”

Odd-eyed cats are normally white, but they can be any color as long as they carry what’s known as the “white spotting gene”. 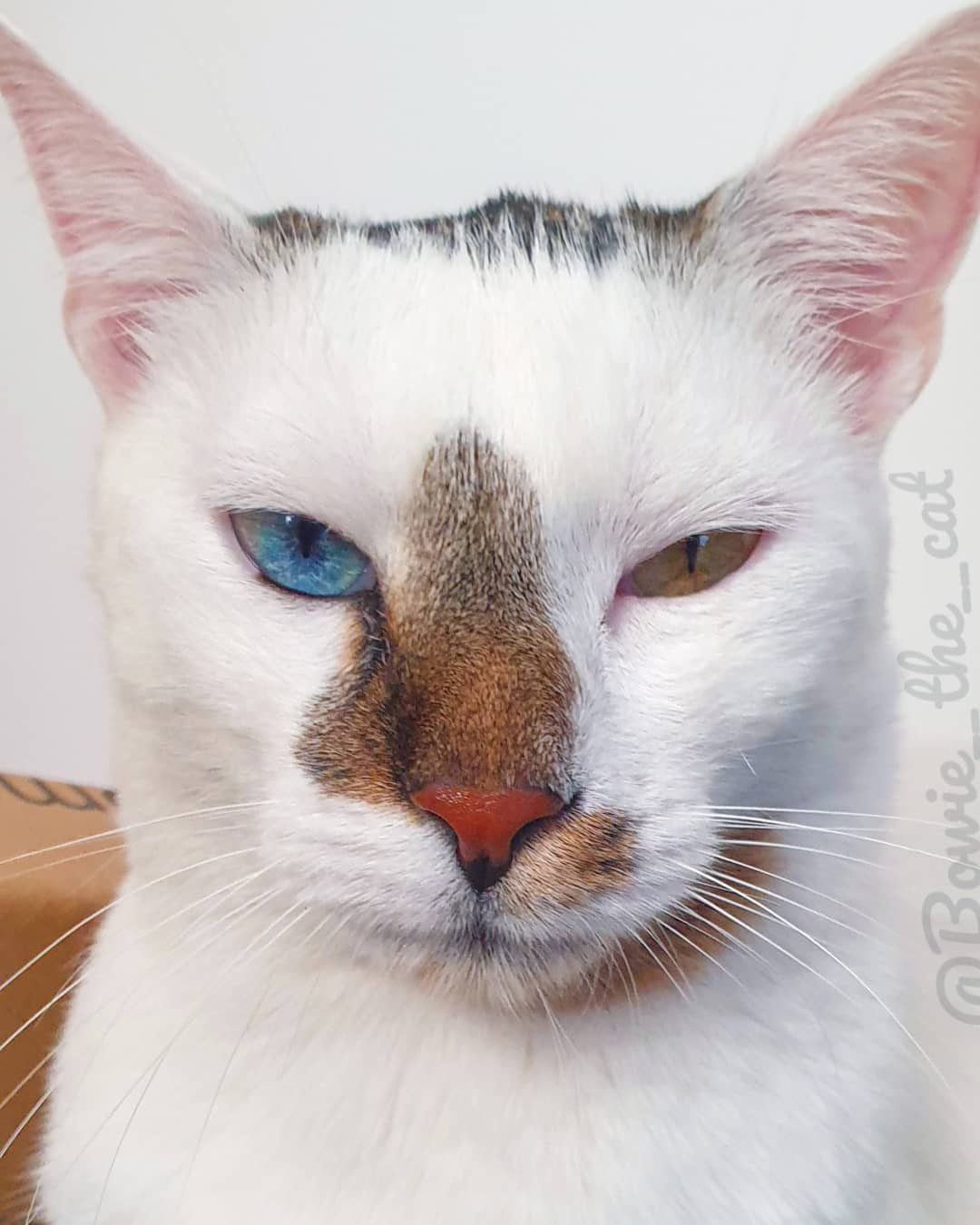 Bowie is actually a very adventurous and charismatic kitty whose personality matches his dramatic look. 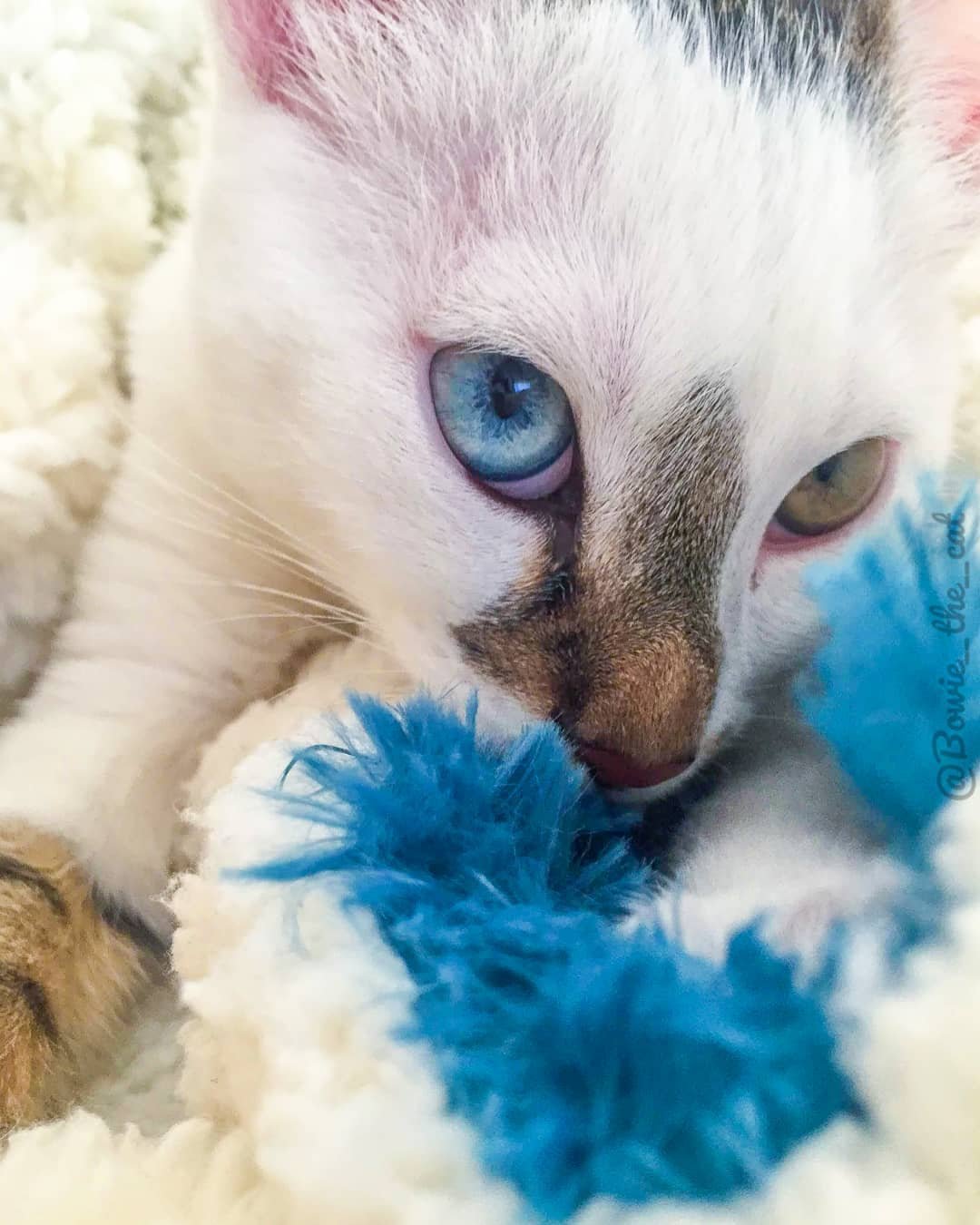 He currently lives in Alicante, Spain, and truly loves going on adventures with his mom. 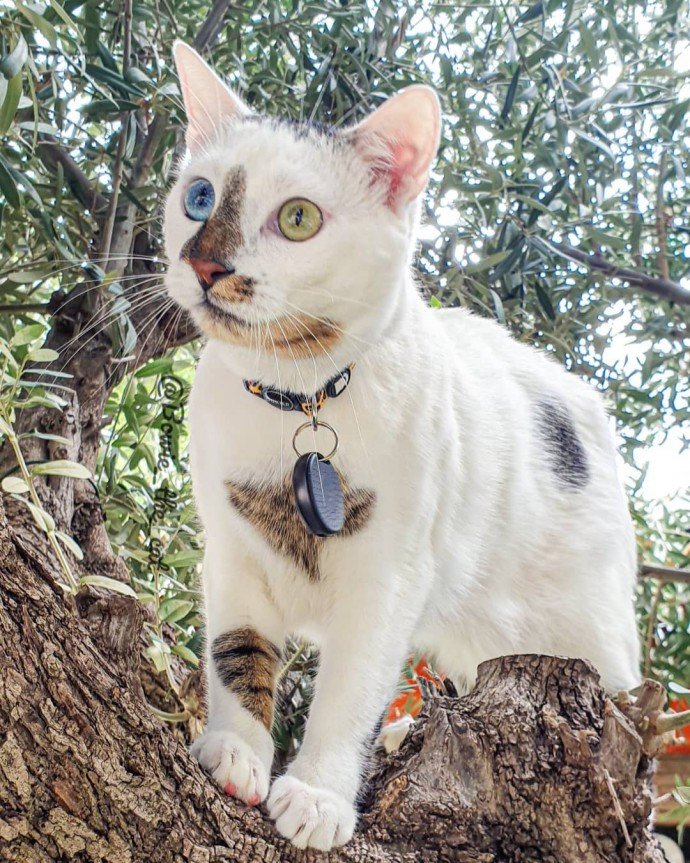 The sweet cat was originally discovered living on the streets, before being taken in by a veterinarian’s office. 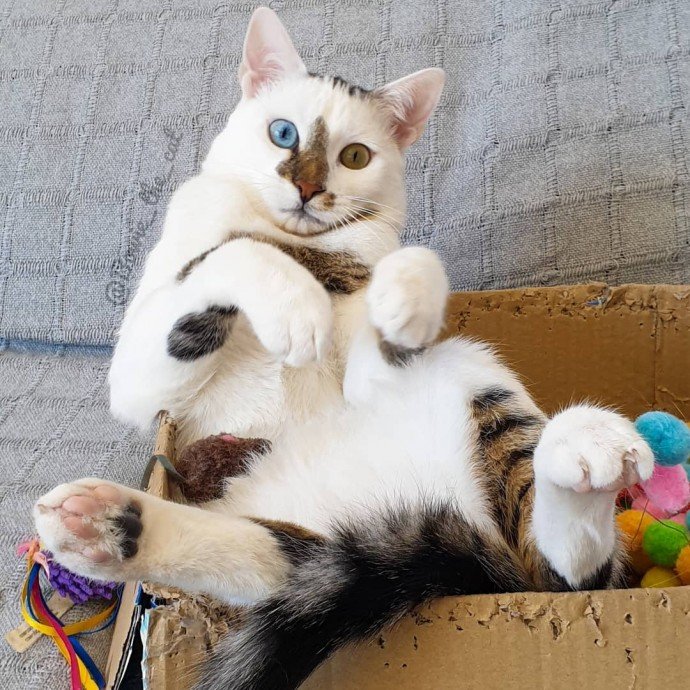 He was happily adopted by Lloret and has been living with her ever since. 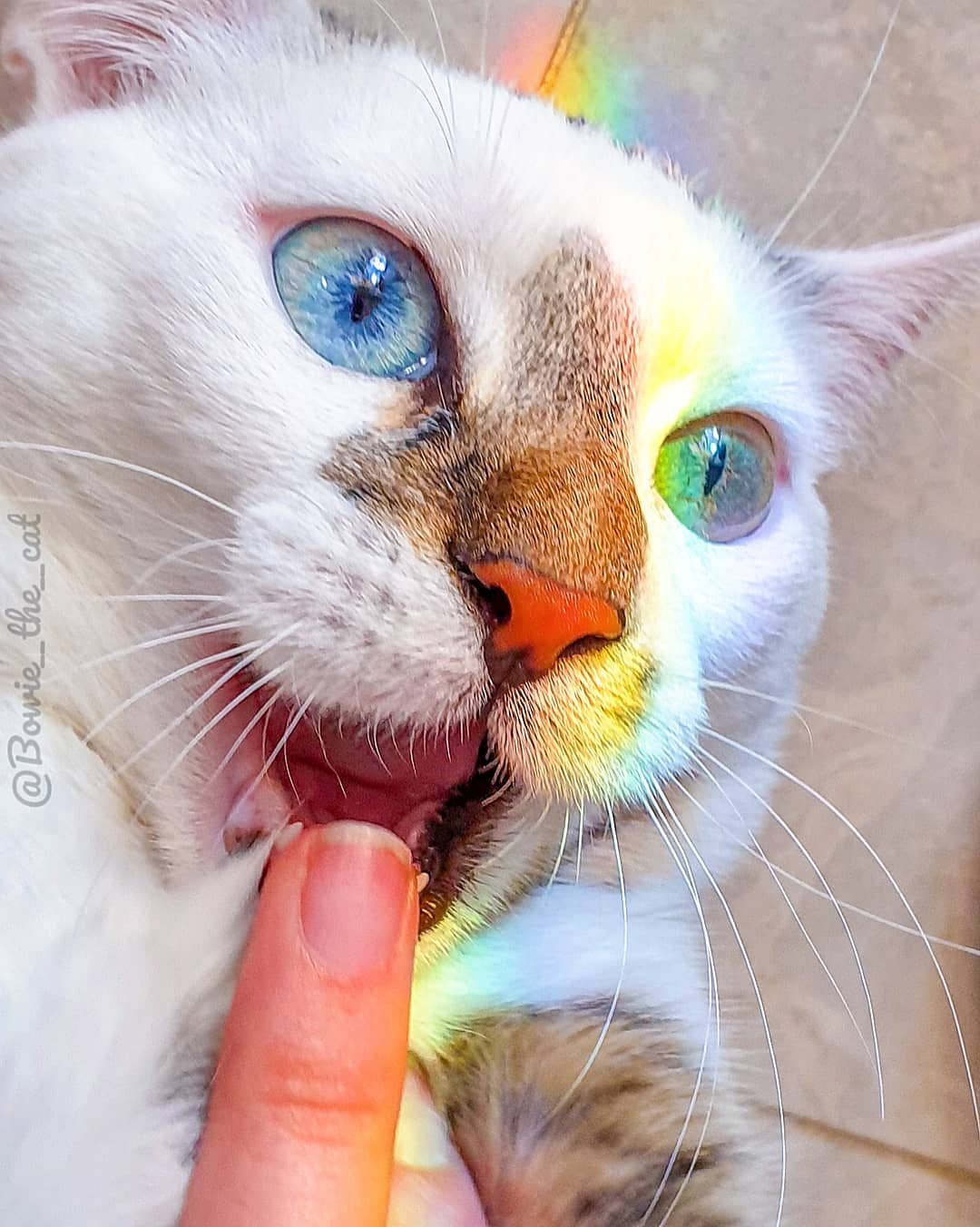 His beautiful and amazing eyes have made him a bit of a celebrity online after he made his Instagram debut. There’s just something about those eyes that are enough to draw just about anyone in! How gorgeous!