Chuck Halley, a resident of Silverton, Oregon, was walking to work last week when he saw an unusual scene on the road. A scrawny kitten was in the middle of it, with cars racing over it. If it wasn’t for Chuck, the kitten would have died for sure. Chuck rushed to take the kitty back to safety when he noticed that something wasn’t right. Someone glued the kitty’s tiny legs to the road so it couldn’t move an inch! 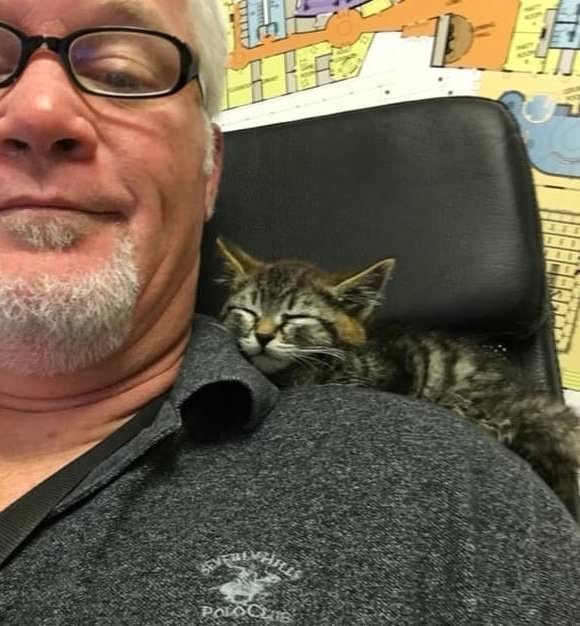 The cruelty of some people towards animals is unbelievable. If it wasn’t for Chuck, this poor soul would have surely been run over. The man carefully “peeled” the kitty off the road and immediately took it to a shelter. The vets there examined the kitty and took the rubber cement off its fur and feet. 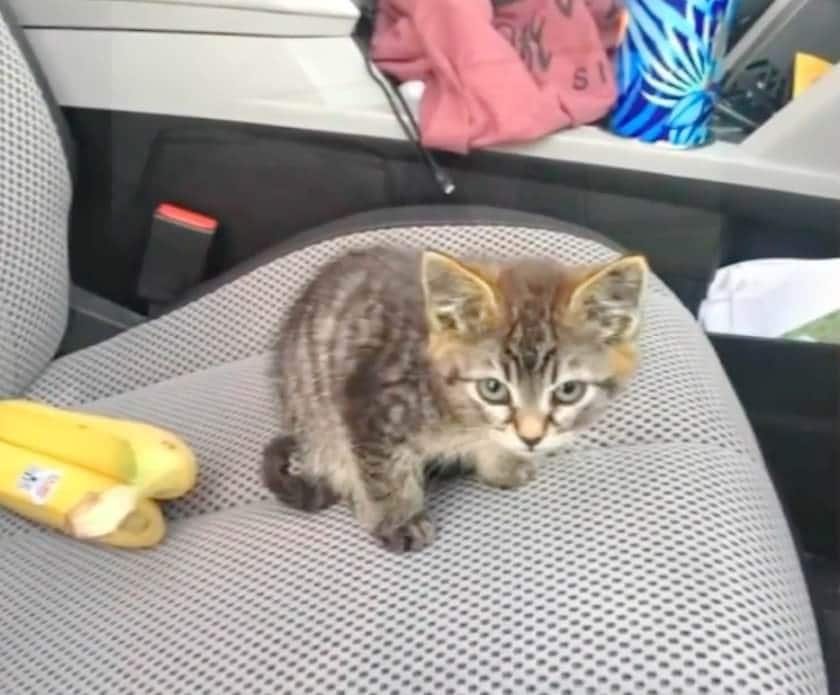 It gets even worse for the kitty. There were 5 puncture wounds in its tiny neck which, luckily, weren’t serious. Chuck filed a police report and is hoping that the culprit will soon be found. As for the kitty, it fared pretty well. After a few days of rest from the trauma, the kitten was ready for a new home. 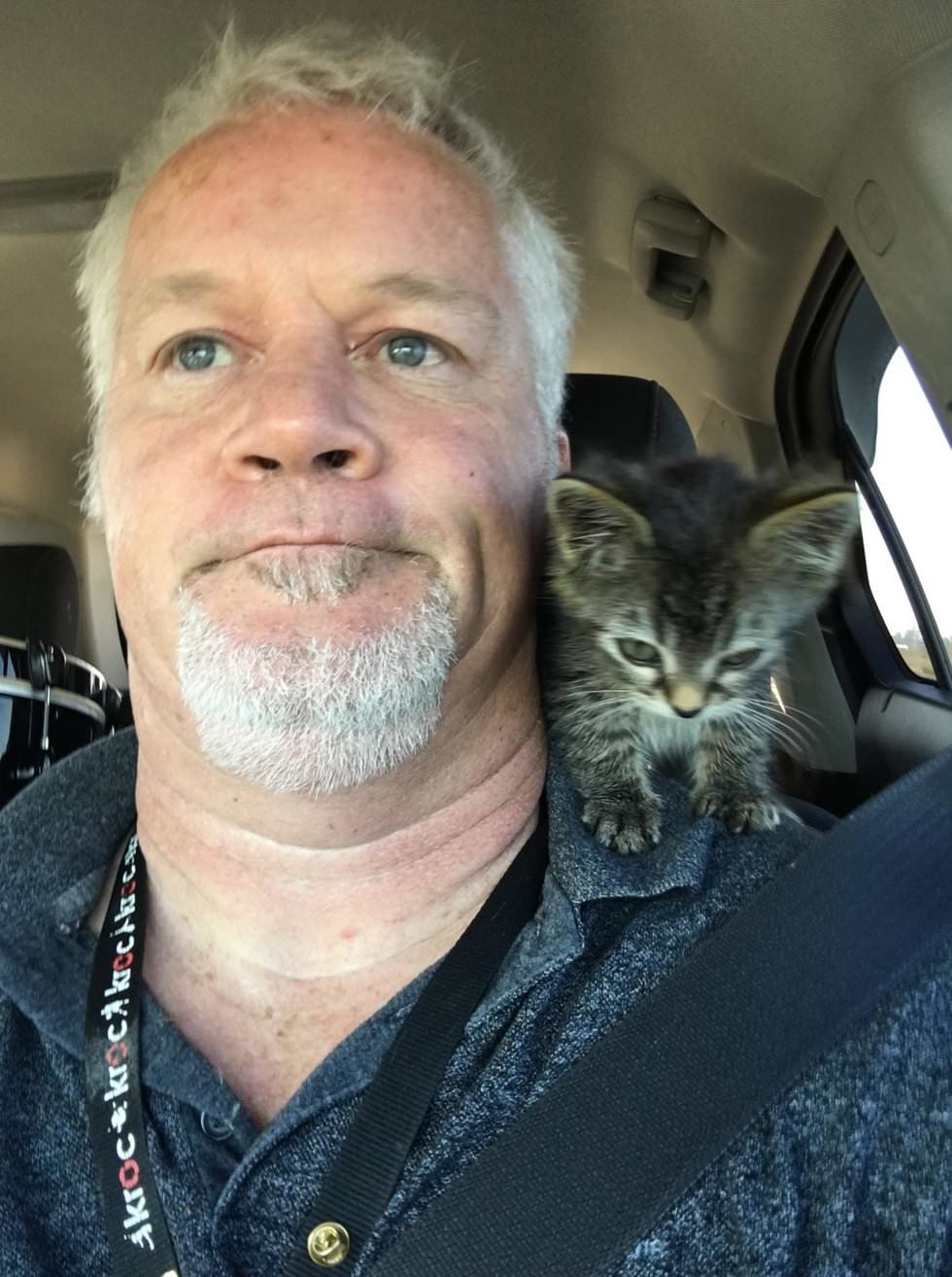 Chuck adopted the kitten and brought it back home with him to the surprise of his wife. They gave her an appropriate name – Sticky. Sticky quickly became Chuck’s favorite pet and doesn’t mind his two dogs. 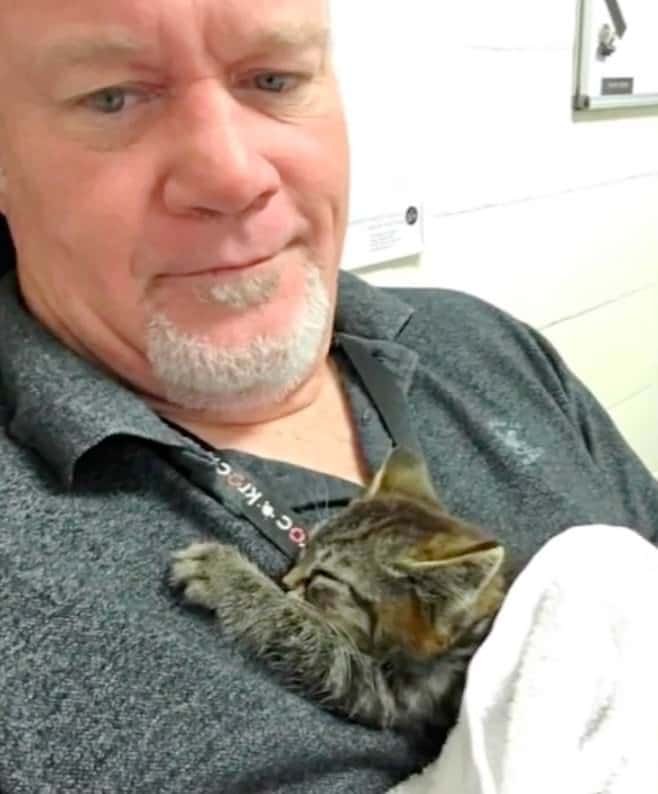 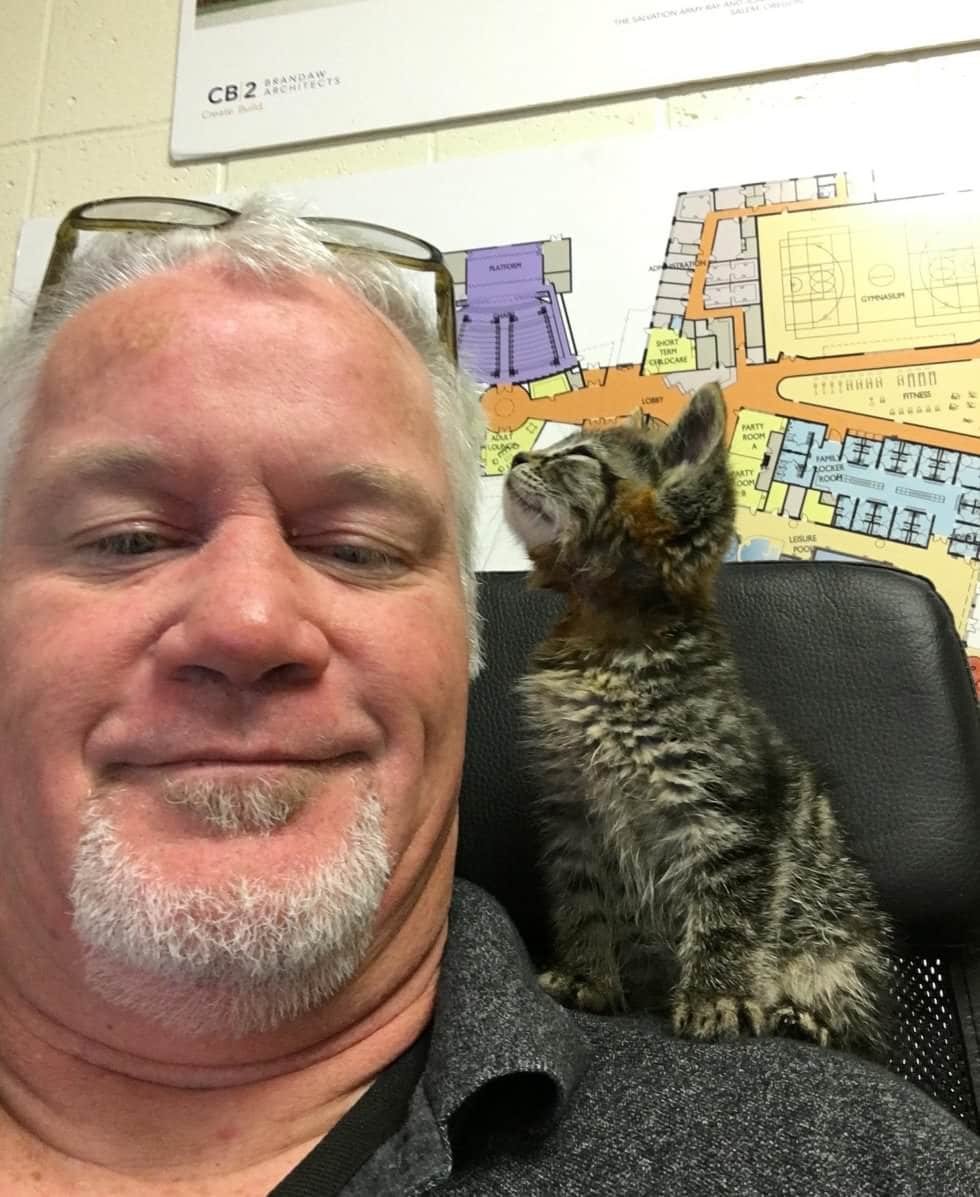 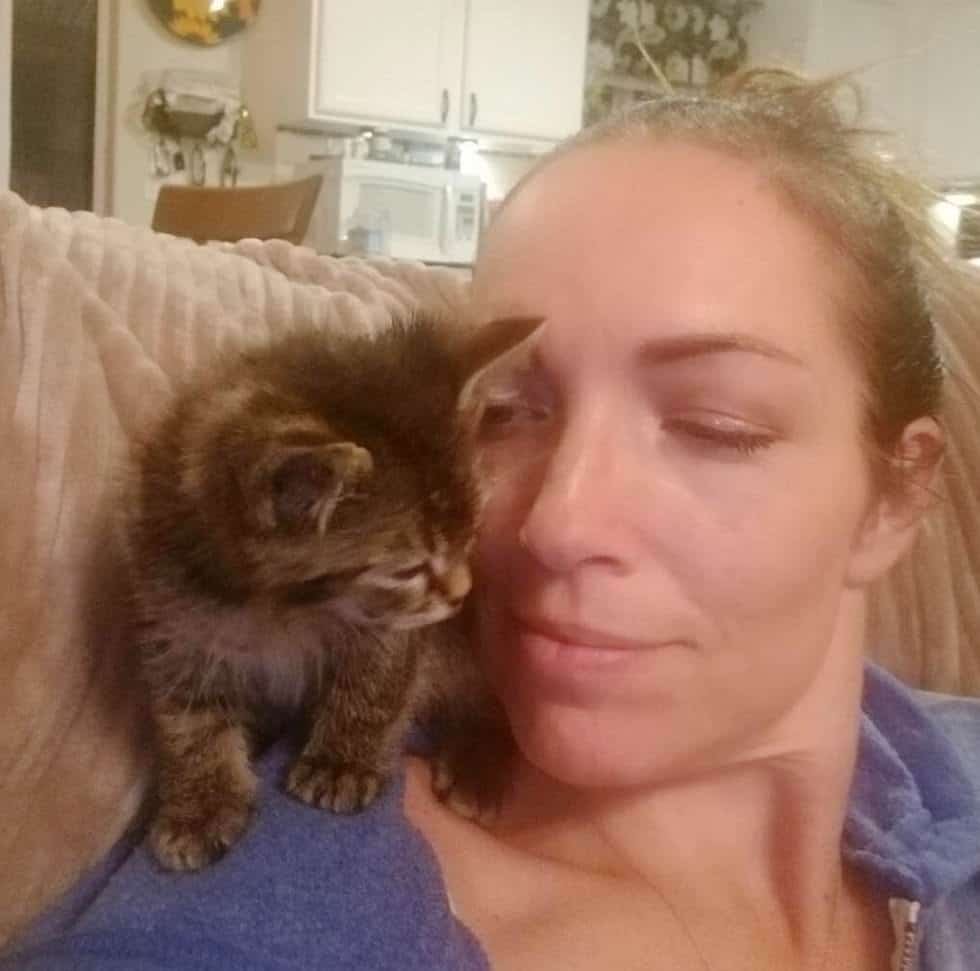 Even though things turned out great, we’re appalled to know that there are people out there who would do such a terrible thing. Take a look at Sticky’s happy end story in the video below: